Largest numerical numbers, what do you know about them? It will make you dizzy, not of counting, but of thinking 😊

Not too many people know about large numbers, and probably the main reason is that they do not use them. You may use 100, 000, one million, one billion, but after the one billion very few people need to use the largest numbers unless they deal with very special entities which  apply numbers with long queue of zeros.

Here's a very useful Chart of the largest numbers that are used world-wide; most probably at a government levels,  or others.

A nice comment on a googol amount of money:

“Seriously, this amount defies everything that we know of the current physical world. It's so mindbogglingly big and incomprehensible that it's effects will probably end the world as we know it or completely reset the entire financial world with equally end-of-the-world repercussions.”


The above mentioned numbers are rarely used because they are so enormous, not only in value, but also in its weight that we can unassumingly produce at all. 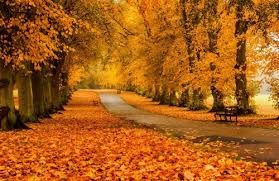 No doubt you might be one of the people who are fascinated by large numbers, and when you think about it, yes, it is something that makes you wonder. How these huge numbers came to existence if there was no need for them. Who are these mathematicians who thought that we might need these huge numbers.

Every question will bring another regardless it was answered or not, you'd be more curious to explore some more hidden facts. And probably they are not hidden but used only by specialists who could have an answer for us.

We shall talk some more soon, may be about another large number! 😲

Posted by Dr.Sophie Essay at 10:55 PM No comments: